Playing with Software and Functions and Features "Oh My!"

This article is based on a phrase I found in a book by John Cleese titled "creativity" (yes, the title is in lower case). The book was published in 2020 by Crown Publishing company.

The book is actually about the creative process of writing. He tells how specific actions have helped him create the comedy skits he has written.
But there is something I found relevant to people like me who have a technical background! In the book, Cleese describes "play" as...
..."the ability to get enjoyably absorbed in a puzzle. Not just to try to solve it so that you can get on to the next problem, but to become curious about it for its own sake" and later says "the greatest killer of creativity is an interruption."
Developers and programmers often use the word "play" to describe how they are going to investigate some function or feature!
This is the best summary that I've seen!
First, developers/programmers intend to get entirely focused on the exploration; they enjoy getting into the "flow." A Huffington Post article says "Flow [is] the mental state of being completely present and fully immersed in a task -- is a strong contributor to creativity. When in flow, the creator and the universe become one, outside distractions recede from consciousness and one's mind is fully open and attuned to the act of creating."
Yesss!!!

Second, from a technical perspective developers/programmers are curious about something for its own sake. Sometimes they have a preconceived expectation and need to confirm it. Other times, they have no idea how they can use it.
Finally, interruptions can disrupt the investigations. Cleese says "Research has shown that, after an interruption, it can take eight minutes for you to return to your previous state of consciousness, and up to twenty minutes to get back into a state of deep focus."
The next time a nerd (like me) says "Let me play with this" they are actually saying "Let me work on this to see the best way to use it. I may discover that we cannot use it."

Your comment will be reviewed before it is posted. Please check back later.

Search My Blogs (and linked Pages) 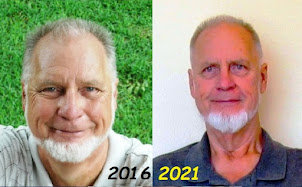 We are an affiliate for some products. You don't pay more, and we receive a (small!) commission on sales. Clicks are tracked by means of a code that is contained in our Affiliate links. When a user clicks on the link, cookies are stored in a user’s browser which is how the affiliate links are tracked
Using a link is optional, but it is always appreciated!